David
Jul 24, 2022 | No Comments | 0 Likes
It’s been said the UK and USA are two great nations separated by a common language. In some respects that’s true!
Have you ever wondered why you might see colour spelled as color, or centre as center? Is it spelled or spelt; travelling or traveling? Actually, all of these are correct and demonstrate the differences between British English and American English.
Try our quiz and say which of these words are the British or American versions:
1. harbour – harbor
2. aluminum – aluminium
3. emphasize  – emphasise
4. metre – meter
5. motorway – freeway
6. crisps – chips
7. French fries – chips
8. boot – trunk
9. appetizer – starter
10. eggplant – aubergine
11. holiday – vacation
12. biscuit – cookie
13. biscuit – scone
14. crib – cot
15. pavement – sidewalk
Some of the key differences are in the spelling. In British English the OUR letter chain is used on words like colour, harbour and favour – Americans omit the letter U from these words. Similarly, ER or RE? British English spells most of these with +RE – centre, fibre, litre, theatre. Moving on to verbs ending in ISE, used in British English, like analyse, centralise, colonise or IZE in American English – analyze, centralize, colonize. There are many more but I don’t have space to share them all with you!
There are also several differences in vocabulary. One just needs to look at the words for cars and parts of a car. In fact, automobile is more often used by Americans than the word car.  In British English a car has a bonnet, boot and windscreen, but in the US it’s a hood, trunk and windshield. In the UK we fill the car with petrol, not gasoline (or gas) and drive on motorways not freeways; and we walk on a footpath or pavement, not a sidewalk.
Most English speaking countries other than USA use mainly British English spellings, vocabulary and pronunciation features, particularly Australia, New Zealand and  Ireland. Even Canada leans more towards British English, especially on words which derive from French, but there are also some American words and spellings that are common. However, many second language countries are influenced by American movies and TV shows and it’s not uncommon to see (and hear) a mixture of both in many places. For example, I was in Bangkok recently and heard people say they were going to see a movie at the cinema. The word movie is very common worldwide but in Britain most people would say film. On the other hand, most Americans use movie theater and rarely say cinema, which is the British word for where you watch a film (or movie).
Are you confused? Which should you use? Don’t worry, the short answer is – it doesn’t really matter! English proficiency tests such as IELTS or TOEFL accept both spellings (and pronunciation in the speaking parts of the tests), so even though TOEFL is an American test and IELTS is British/Australian, you will not be penalised (or penalized!) whichever you use.  BUT you should be consistent, so use one or the other – whichever you are more familiar with, which often depends on your school, textbooks and teachers.
Just enjoy your English! Come and join us at Red Fox Education for more interesting and engaging lessons – you’ll learn a lot!
Here are the British words in the quiz – obviously the others are the American equivalents:
1. harbour
2. aluminium
3. emphasise
4. metre
5. motorway
6. crisps
7. chips
8. boot
9. starter
10. aubergine
11. holiday
12. biscuit
13. scone
14. cot
15. pavement 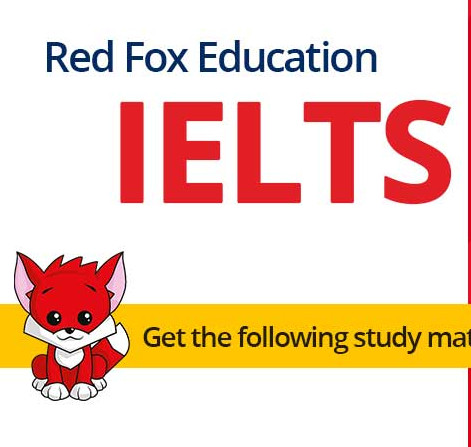